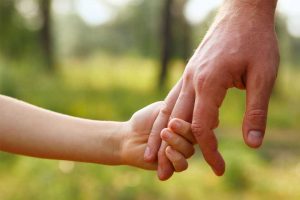 Child custody and visitation issues are often the most contentious and stressful issues considered during a divorce or legal separation.  There are two areas of custody which must be resolved.  Legal Custody deals with the rights and responsibilities to make decisions relating to the health, education and welfare of the children.  Physical Custody (also know as “visitation”) deals with how much time each parent will have with the children. Child Custody is most often considered by the best interest of the children.  When the issue of child custody arises during a divorce or separation proceeding, the court takes a variety of factors into consideration.  While every custody case is unique, what the court determines is in the “Best Interest of the Children” is the most decisive factor in determining a child custody arrangement.  Particularly crucial factors to the court’s determination of the Best Interest of the Children include: Courts encourage parents to reach a child custody arrangement between themselves.  However, if the parents are unable reach an agreement, an Order to Show Cause may be filed with the court to have the court determine a temporary order regarding child custody.  In many cases, these temporary orders significantly affect the court’s final decision regarding a permanent custody order.  For that reason, it is extremely important for a parent to take early action to receive the most favorable custody agreement possible. During this tumultuous and highly emotional time, we offer clients competent and compassionate advice in negotiating these issues that may include employing the use of outside experts in the field to obtain the most favorable custody schedule available while protecting the best interests of the children. Other Factors Considered in Making Child Custody Orders In addition to the best interest of the children, when making child custody orders, the court will attempt to come to an agreement that closely follows the children’s living situation prior to divorce or separation.  The court’s reasoning in making this determination is to lessen any hardship or inconvenience to the children that may follow. Further, courts recognize that parents often become more invested and committed to involvement in their children’s lives during this period and judges routinely look upon a parent’s increased participation favorably; especially in cases where one parent has customarily been less engaged in the children’s lives.  Many times, the court will then determine a child custody agreement that orders more time and involvement for a parent that has recently shown more dedication than what was common in the pre-divorce or pre-separation routine. Child Custody Agreements are Unaffected by the Parent that Files First While there may be some advantage strategically to filing for divorce first, the filing order has no bearing on the court’s decision-making process when reaching a conclusion regarding custody.