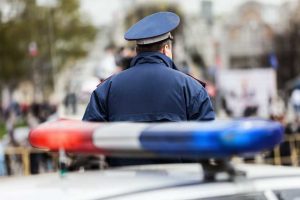 In cases of domestic violence or threat of violence, it is extremely important to get help as soon as possible to protect yourself and your loved ones.  With our experienced attorneys including a partner on staff who possesses years of practice in criminal law, our office is well able to handle any such issues that may arise as part of divorce or child custody disputes, whether it is moving to obtain a court protective order or to defend against false allegations of domestic violence.

Domestic violence is an unfortunate reality that all too often may arise during the course of a family law dispute.  In California, as a victim of actual or threatened domestic violence, you may file for a restraining order to protect you or your loved ones.

Domestic violence is abuse perpetrated against any of the following persons:

“Abuse” means intentionally or recklessly to cause or attempt to cause bodily injury, or sexual assault, or to place a person in reasonable apprehension of imminent serious bodily injury to that person or to another.

After a restraining order has been issued and the accused has been served, the California Law Enforcement Telecommunication System (“CLETS”) keeps the information on file so as to ensure the accused is arrested should the order be violated while in place.  A restraining order serves to protect you and your loved ones by preventing the accused from coming anywhere near your home, workplace, or anywhere else near you.

False Accusations of Domestic Violence
False accusations of domestic violence can almost be as damaging to a family member as actual domestic violence, especially when used during the dissolution process or a child custody dispute.  If you are falsely accused of domestic violence, it could have long-lasting effects on the issues in your matter if a restraining order is issued as it will affect your child custody and visitation rights, can result in the loss of your job, can affect your rights to support, and can prevent you from owning any firearms.

In a case where you have been falsely accused of domestic violence, it is vital to seek representation as early as possible as you will need to prepare a strong and detailed defense to overcome these false accusations to prevent restraining orders issued against you. As dedicated family law attorneys, Dockstader & Orliczky has the expertise and experience necessary to fight a false accusation of violence and work to stop the imposition of a potentially life damaging protective order.